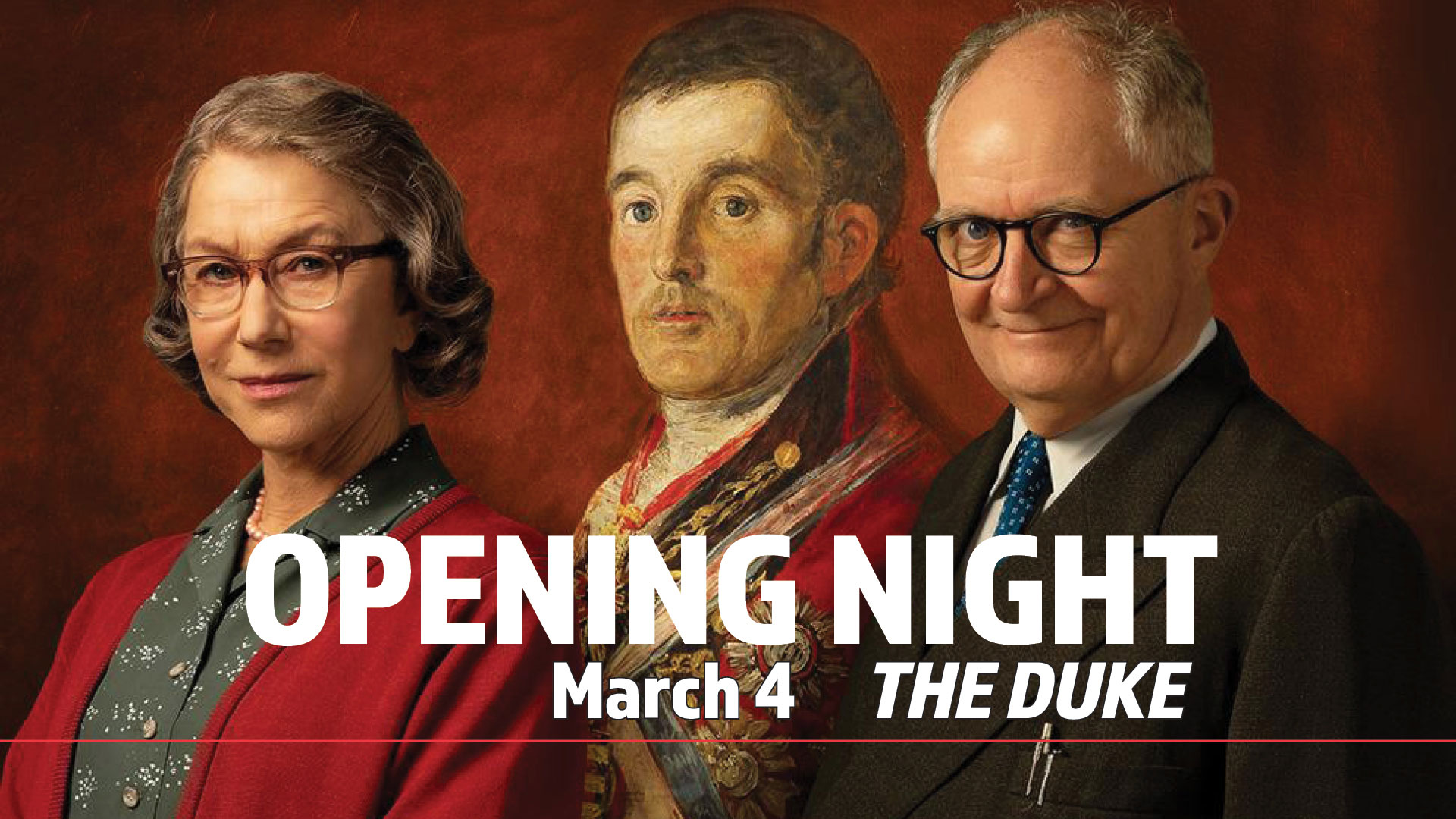 BOULDER, Colo. (January 25, 2022) – The Boulder International Film Festival is excited to  launch the 2022 festival with The Duke, a loveable British comedy-drama directed by Roger  Michell and starring Jim Broadbent and Helen Mirren. The Duke is based on the true story from  1961 when Kempton Bunton, a 60-year-old taxi driver, stole Goya’s portrait of the Duke of  Wellington from the National Gallery in London. Kempton sent ransom notes saying that he would  return the painting on the condition that the government invest more in care for the elderly. What  happened next became the stuff of legend and gives a shining example of how the actions of each  and every one of us can make a difference and change society for the better.

BIFF 2022 is slated for March 3-6 and brings films, filmmakers and fans together from around the  world to Boulder, Colorado, for a four-day celebration of diversity in film.

The parties feature live music by The Mark Diamond Trio and Gonzalo Teppa. The Guerilla  Fanfare Brass Band will lead attendees and revelers to the Boulder Theater for the screening.

Tickets are $95 each (reserved seating only, free for Festival passholders with RSVP) and ON  SALE Tuesday, January 25, at 12:00 pm at biff1.com.

The entire program will be announced, with tickets on sale, Friday, February 11. Anyone attending  in-person films and events at BIFF 2022 will be required to show proof of full COVID vaccination  prior. BIFF will be following all safety guidelines that are in place at venues and from state and  local government at the time of the Festival.

About the Boulder International Film Festival The Boulder International Film Festival (BIFF)  brings films and filmmakers from around the world to Boulder, Colorado, for a four-day  celebration of the art of cinema. BIFF attracts more than 20,000 film enthusiasts, media and  industry members annually and takes place from March 3-6, 2022. For tickets and more  information, go to biff1.com. Follow BIFF on Facebook, Twitter, and Instagram.