An Evening Under The Clouds: Buried - Boulder International Film Festival 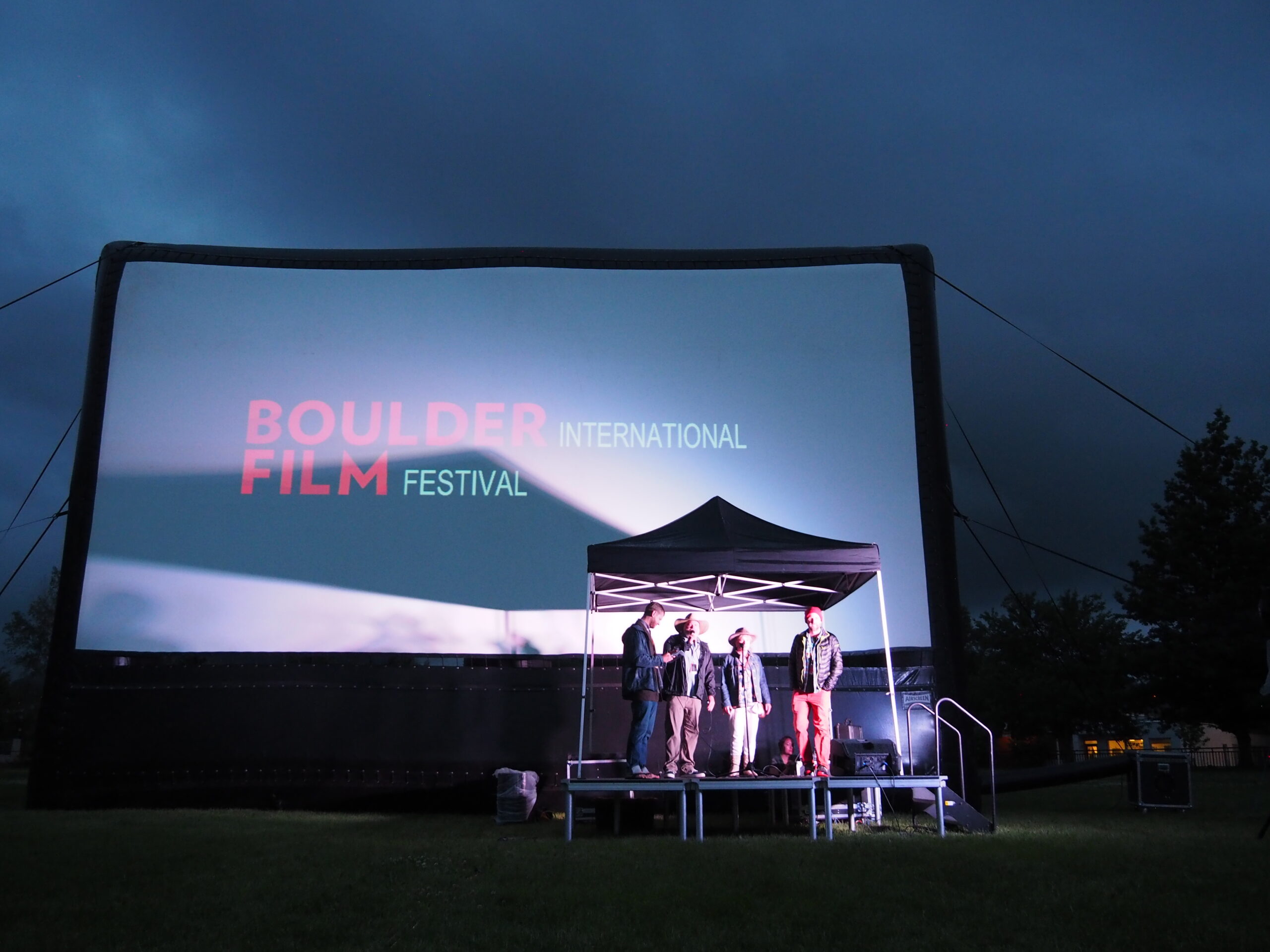 The outdoor screening of Buried played on the Boulder High School soccer field the Friday night of the festival and shared with BIFF attendees the importance of avalanche awareness.

Prior to the film and Talk Back, attendees also got to catch a glimpse of some pre-film music with some original songs by Callie Carlucci. Colorado weather was spontaneous as usual with the first screening getting rained out. Ticket holders were honored with another ticket to see a repeat of the screening the following day inside, along with another Talk Back.

Meredith Watson, film subject who also spoke on the Talk Back panel, explained  that avalanches happen unexpectedly and there isn’t too much public discussion on safety measures regarding avalanche disasters and its severity.

The film iterates that people along mountain terrains need to do a better job of being conscious of these possible disasters because avalanches are no joke and have left many people hurt and killed.

Siig, one of the film’s directors, mentioned that the goal of this powerful documentary is to just simply start the conversation surrounding avalanche awareness.  By watching this film, people are able to understand the serious complexities and capabilities of such a disaster, which could help get others and yourself out of sticky situations.

Drake stated, “We feel like there’s a lack of awareness and lack of respect that a lot of people who come to the mountains have… and I hope that this movie scares the s**t out of enough people so that they decide to stop and look around a little more before they go playing in the mountains.”