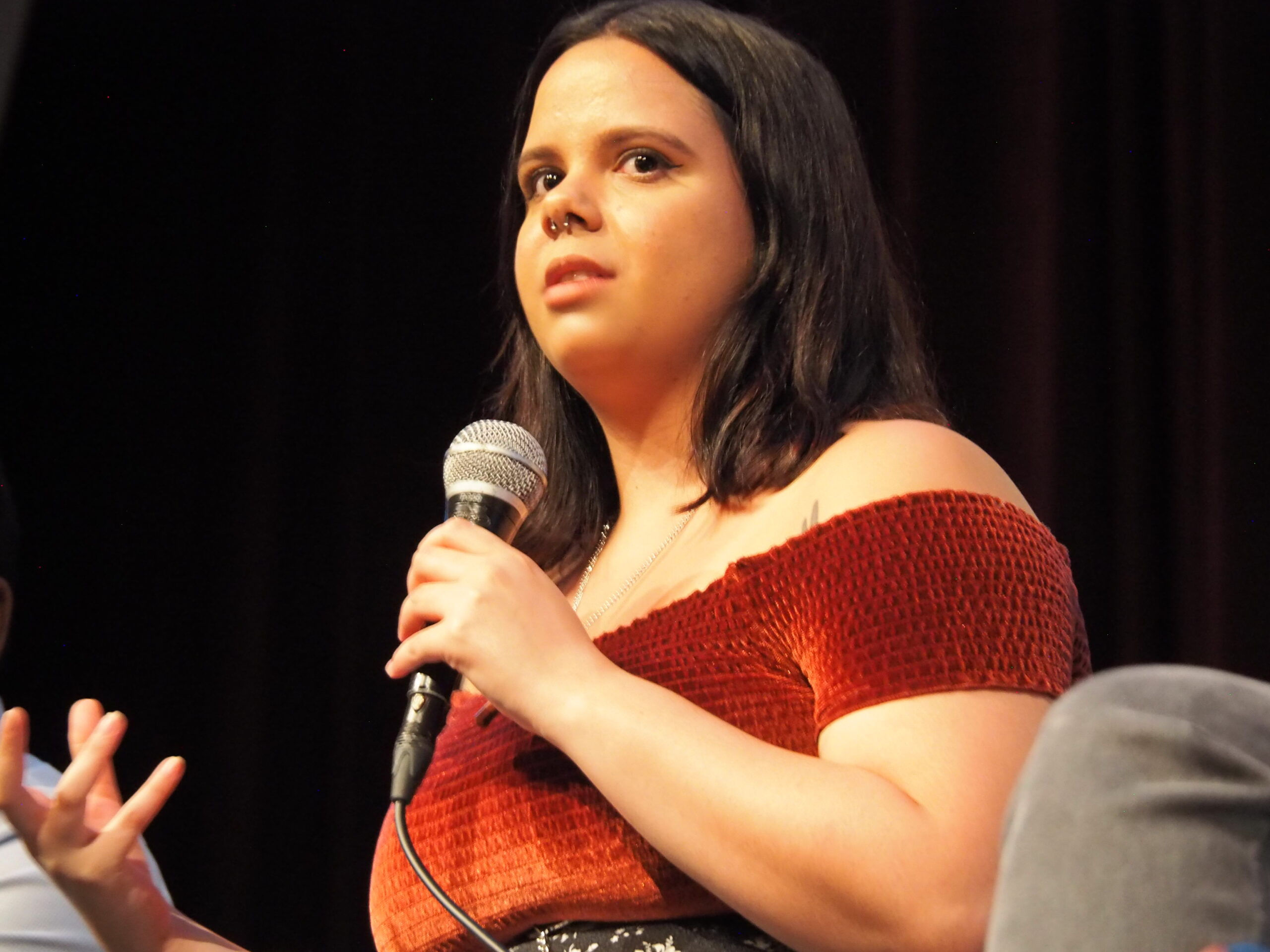 Boulder International Film Festival was lucky to have such a special and dedicated panel of guests at the screening of US Kids. The panelists included Mayor of Boulder Sam Weaver, U.S. Representative Joe Neguse, Director Kim Snyder, Parkland shooting survivor Sam Fuentes, and Denver teacher and community organizer Tim Hernandez. All of them spoke about the seriousness of gun violence and what we can do to respect those who have passed from tragedy while also organizing change for a better present and future.

US Kids shows the March For Our Lives Movement’s journey and the youth protestor’s determination to fight for changes that are desperately needed. Sam Fuentes, Parkland shooting survivor, generously shared her story and knowledge regarding gun violence with the audience.

Given the recent act of gun violence in Boulder, Fuentes offered her condolences.

“I fully unfortunately understand the devastation of gun violence. I was only 18 years old in my holocasut studies classes when a gunman wielding an AR-15 killed 17 students and faculty at my school,” she stated.

She told about how she was shot in the leg and watched as her classmates were slain in front of her.

As Joe Neguse, member of the U.S. Congress stated, this unfortunately is a burden many young people have to carry.

Anger and trauma consume many people’s lives after gun violence prevails upon them. One thing Boulderrites know now is that tragedies won’t always skip your backyard. At this point in time, communities must be on the forefront of our concerns; communities everywhere need rebuilding and need to fight alongside together in preventing gun violence.

As Director Kim Snyder said when she opened the panel, the film is to show the hard work and journey that the youth are on to make vital changes. It’s a film to honor those who have passed through such devastating tragedies while working towards progress for the betterment of everyone’s greater community. We are all fighting a war against guns together, not just in your hometown where one shooting took the lives of innocent people.

What’s most important for him as a teacher, he said, is to “frame gun violence as a conversation of what’s actually happening.”

Hernandez explained that gun violence is big and it includes mass shootings, suicides, police violence, domestic violence, and violence inflicted on BIPOC communities as well… all of which are why gun violence needs to be accurately framed. It’s an ever present issue and we need to come together as a community in order to combat it everywhere.

She explained to the audience that the youth of today are just now peeling back the layers of a beyond corrupt foundation. Various movements are surfacing and screaming out because the youth, and those who refuse to walk blindly around historically systemic problems, are ready to break down past barriers.

Representative Neguse said, “Every single American should feel safe at their church, in their supermarket, in their school and we just have to keep at it and make sure we get this done.”

“This is something that I think about constantly as a father, my two and a half year old will start preschool in just a month and a half even though my wife and I don’t want her to go to school. I think about her and my family and whether she will be safe.”

The fear of losing your life or a loved one’s life to gun violence has begun to grab hold of people. So what does one average human do in a fight against gun violence? What can you do?

Lucy Sarkissian, 16 year old STEM shooting survivor, who also spoke on the panel brought up how necessary it is to remember those who are gone due to tragedy.

To brighten up the community, Sarkissian founded Cupcakes for Change, a bakery bringing people together to end gun violence one sweet and simple bite at a time. “By sharing a cupcake with someone,  you can let them know you care and are thinking of them,” says Lucy.

Small actions such as anti-bullying efforts and education in schools can go a long way. Offering care to those in your community is one way to prevent violence and spread kindness and help instead. From there you can take action at the state and local levels to help with gun regulation efforts and necessary bans that will help protect people in your area.

Sam Fuentes stated, “My first recommendation is if you want to be a youth activist, be a real one, get educated and put that performative bullshit aside because it doesn’t help anybody. It doesn’t help anyone if you post a black square… You need to be out there and doing what you need to do and get educated.”

It’s not enough to sit back and watch gun violence proceed, which is why US Kids is an effort to start a conversation powerful enough to get people on board and working to administer change on their own.