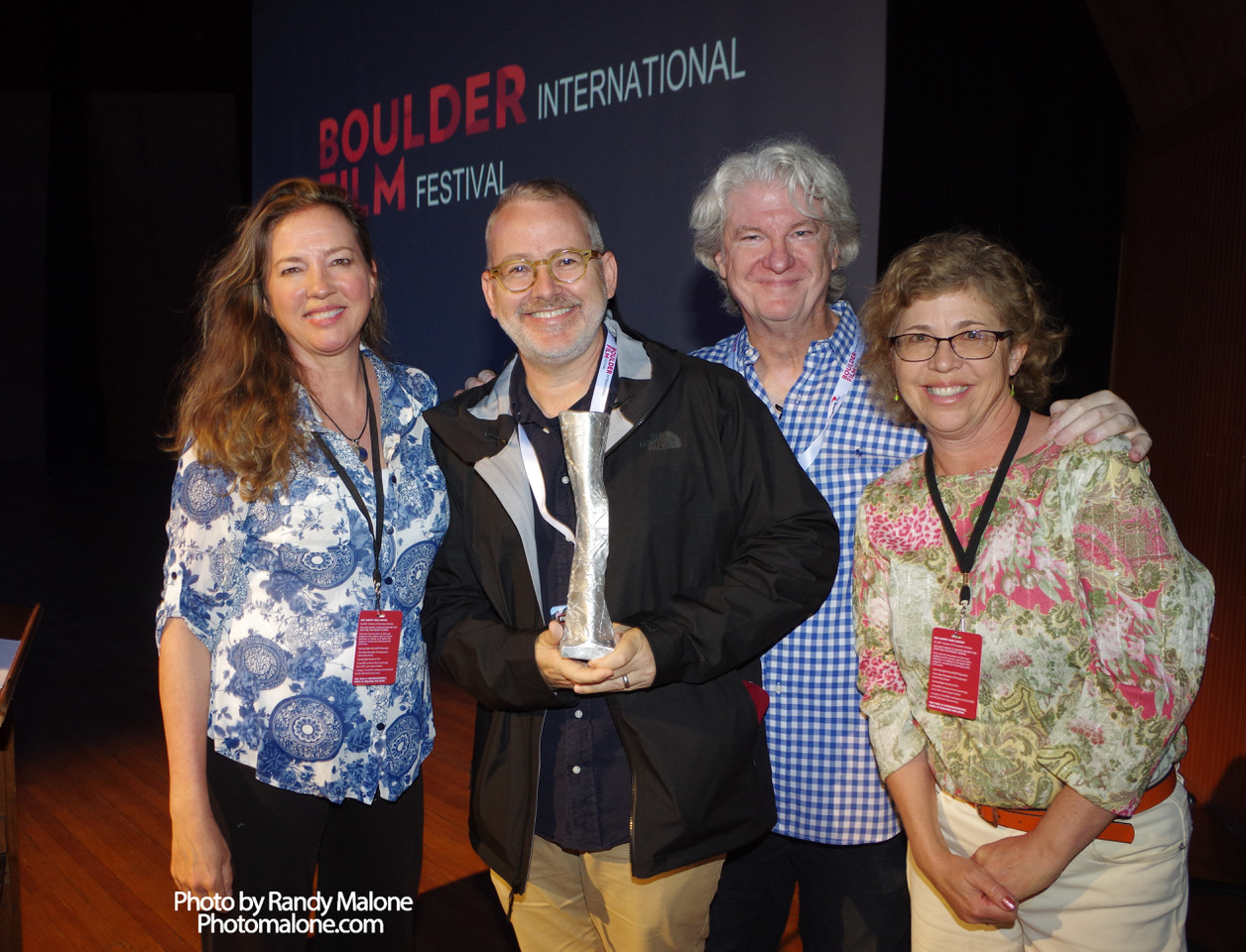 “If we don’t study history, we’re doomed to repeat it.”

That’s how beloved BIFF interviewer Ron Bostwick began the proceedings and introduced the filmmaker of the hour, Academy Award winner Morgan Neville, to a sold out auditorium of eager film and food lovers for our festival’s Career Achievement Award in Documentary Filmmaking — and the sentiment rings true, especially now and especially in the presence of a man who’s devoted over 20 years of his life to doing just that.

So what came after the award ceremony, Neville’s new study in history — in humanity, with all the tragedy, hope, resilience, sacrifice, and beauty that comes for better or for worse as part and parcel — through documentary film, was just that much more resonant. We all gathered on this overcast and softly breezing Saturday to partake in his tribute to a man who, much like Neville, dedicated his entire being to telling essential stories: chef, explorer, and father Anthony Bourdain.

The film takes a reflexive look, through the eyes of those who knew Bourdain best and most intimately, at an uncommon life, at a life made both bountiful and immensely trying by what most would deem to be the “greatest job on earth.” Bourdain traveled the world, found himself at the precipice and the epicenter of the human condition, and ate, commiserated, learned, grew, and helped us all at home to do the same — you’re probably thinking about Parts Unknown by now, but Bourdain’s story is far more than his hit series. As catalogued in Neville’s film, Bourdain was also a fierce romantic, a loving father, a music fanatic, a true film buff, an ever-recovering addict, and a man forever searching for something more, something elusive. Neville’s truly moving film captures these complexities — Neville mentioned in the post-screening Q&A that the soundtrack in the film is a compilation of some of Bourdain’s all-time favorite tracks, and that the various clips from other films interspersed throughout the film were all pooled from Bourdain’s favorites as well — and so much more, in a way that both pays homage to the man, the presenter and the star, so many thought they knew and introduces the other man, the shy and charming geek, known only by few.

In the aforementioned Q&A with Neville, Bostwick dove deeper into the complexities of the anthologizing, categorizing, and documenting process — the digging and sorting that comes with found footage both previously seen and unseen — to shine some light on just what goes into dutifully telling one man’s story. Neville recounted to the crowd how there were thousands upon thousands of hours of footage through which he and his team had to sort to find the perfect seconds and minutes of stitchable moments — and how these moments, more specifically the interviews with Bourdain’s closest friends and family, were some of the hardest he’s ever had to capture in his career; the intensity and immediacy with which the film’s interviewees still experience Bourdain’s passing, which was three years ago, is palpable on screen, and it’s quite clear that, through all of this, Bourdain was intensely cherished, and that he is now very much missed.

Neville’s film tells the story of a storyteller, and we at BIFF are proud to have played host to the studying and sharing of the history of a wonderful man not soon to be forgotten.

Let’s honor the storytellers, and let’s use our studied yesterdays to create something new and better for our collective tomorrows.