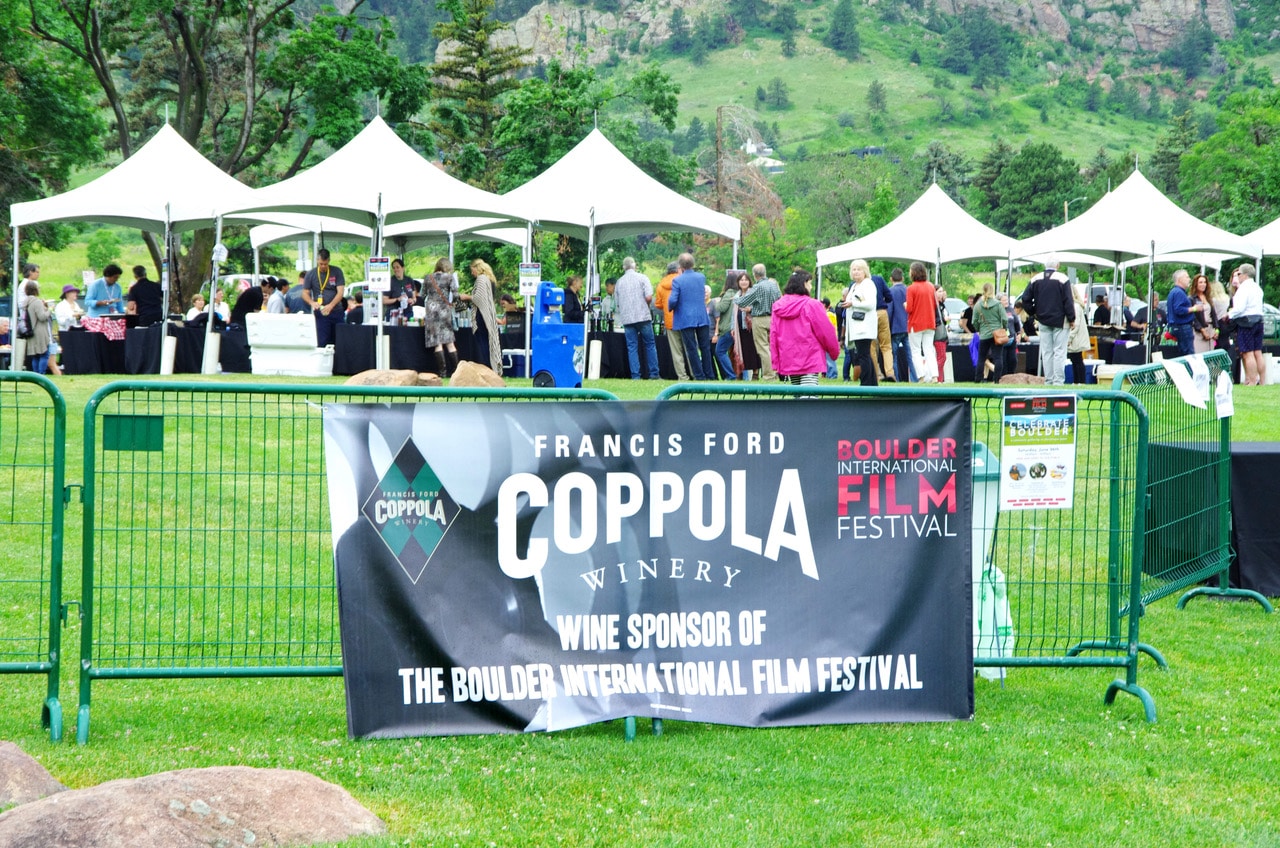 To Traditions Old and New and to BIFF 2021’s

Every once in a blue-mooned while, we entertain the rain here in Boulder. So, if you were to have been out on Chautauqua Green or in its theatre’s film queue this fine inaugural festival Friday, you may have wondered, in between raincoat adjustments and Chautauqua-muddied shoe squelches, where in that great, gorgeous, grey and grumbling Boulder sky was the rare, round, rainmaker troublemaker. Yes, yes, it was rainy today in Boulder’s BIFFed-out mountains, and yes, your raincoat and sandals need a vacation from this vacation, but that didn’t stop you and all other BIFF attendees from seeing films, eating food, sipping drinks, enjoying views, and making memories as rare and as wonderful as any blue moon.

Soul was sold out, that’s for sure. In the dark-wooded arms of Chautauqua’s quasi-indoor, mountaintop theatre, an eager crowd gathered under a theatre ceiling pitter-pattering with rainsounds, listened to the timelessly alluring jazz of the one and only Wellington Bullings, were treated to BIFF opening remarks from founders Kathy and Robin Beeck, and waited with baited breath to catch a screening of Questlove’s directorial debut. — And what a debut. Many films are important, many are timely, and many are moving, but Soul is essential, and we at BIFF can’t say enough about it — if you get the chance, see it.

What’s more, the Gala taking place not a mile away, on Chautauqua Green, was playing host to a group of film lovers and festival goers that were soon going to experience the film for themselves, too.

Sandwiched between the various aforementioned greys of mountain ranges and moving storm clouds and the various greens of lush grasses and groomed shrubberies was the Opening Night Gala and all her many attendees. The festivities began at 5:30pm with live music from Kush, food and drink provided by Upslope, Red F, Coppola, Savory Cuisines Catering, and Pasta Jays, and venerated venue brought to you by, of course, Chautauqua; filmmakers, filmlovers, musicians, staff, organizers, artists, family, and friends all gathered on the Green to celebrate, and we at BIFF were overjoyed to learn that, this year, the festival both became fond memory for some festival goers and persisted as tradition for many others.

One attendee, Colleen, said she and friend Kayla were here at BIFF fulfilling a lifelong wish; Colleen recounts, “So I was in a Starbucks, and they had the pamphlets, just on display– it’s been on my bucket list forever to go to a film festival, [I] saw it and I was stoked.” Another attendee, Scott, is a BIFF veteran, and said he’d “gone every year” that the festival’s been around, and was “so happy” to hear that the festival was back for a 17th season. He and his friends had seen the Colorado premiere screening of Director Ruthy Pribar’s Asia the night before, and were ready and rearing for Questlove’s Summer of Soul — as were all the other attendees as well because, hello, the Gala was our BIFF pre-party for the film itself!

The skies quit their churning, the drinks ceased to flow, the pasta tins were put away, and the Gala ended…. Patrons filed out of the park and into the theater, and this our BIFF summer of firsts — of outdoor events after a socially distanced series of months, after quarantines and setbacks, vaccine wonders, mask mandates, and leaps and bounds forward — joined forces with Questlove’s, with Harlem’s and history’s, Summer of Soul for a post-Opening Gala on the Green like no other.

THE FILMLOVER’S GUIDE TO THE FESTIVAL