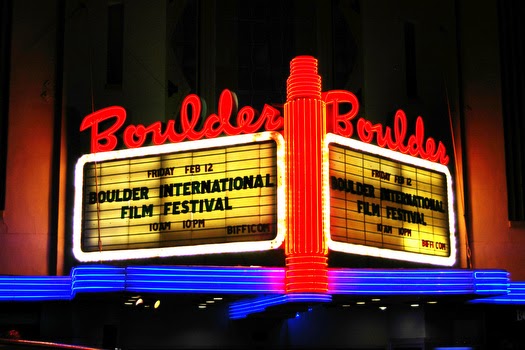 New in 2019, Northern Colorado film fans will be delighted that BIFF is expanding to Fort Collins (March 8-9), highlighting the organization’s desire to widen the reach of its award-winning line-up. “We’re very excited to announce our partnership with the Fort Collins community and the Lincoln Center,” said Kathy Beeck, BIFF Director. “The 1180-seat Performance Hall at the Lincoln Center is one of the most beautiful, state-of-the-art venues in Colorado and provides the perfect setting for the festival. We’re excited to share some of the critically acclaimed films from BIFF 2019 with the Fort Collins community.”

CineCHEF is back this year with a competition among some of the top award winning chefs of Boulder and Denver, including Bravo Top Chef Masters participant Jennifer Jasinski, chef/owner of five Denver hotspots, including the well-known Rioja Restaurant; Chef Corina Johnson from Boulder’s very own The Kitchen; Jessica Nowicki from the new Denver RINO’s Safta located in The Source Hotel; Jessica Emich from long-time Boulder favorite Shine Restaurant & Potion Bar; Linda Hampsten Fox from Denver’s The Bindery; Sheila Lucero of the popular Jax Fishhouse and Oyster Bar in Boulder/Denver, and desserts by Shamane Simons of Shamane’s Bake Shoppe in Boulder. May the best chef…and city…win! Stay tuned for further updates at biff1.com/cinechef/

Festival Passes, CineCHEF Tickets and Gift Cards for the Holidays are on sale now at biff1.com. Full program announced and all tickets on sale in early February.

About the Boulder International Film Festival The Boulder International Film Festival (BIFF) brings films and filmmakers from around the world to Boulder, CO for a four-day celebration of the art of cinema. BIFF attracts more than 25,000 film enthusiasts, media and industry members annually and takes place from February 28-March 3, 2019. For tickets and more information go to biff1.com. Follow BIFF on Facebook, Twitter, and Instagram.

2019 Opening Night Kicks Off with Remember My Name