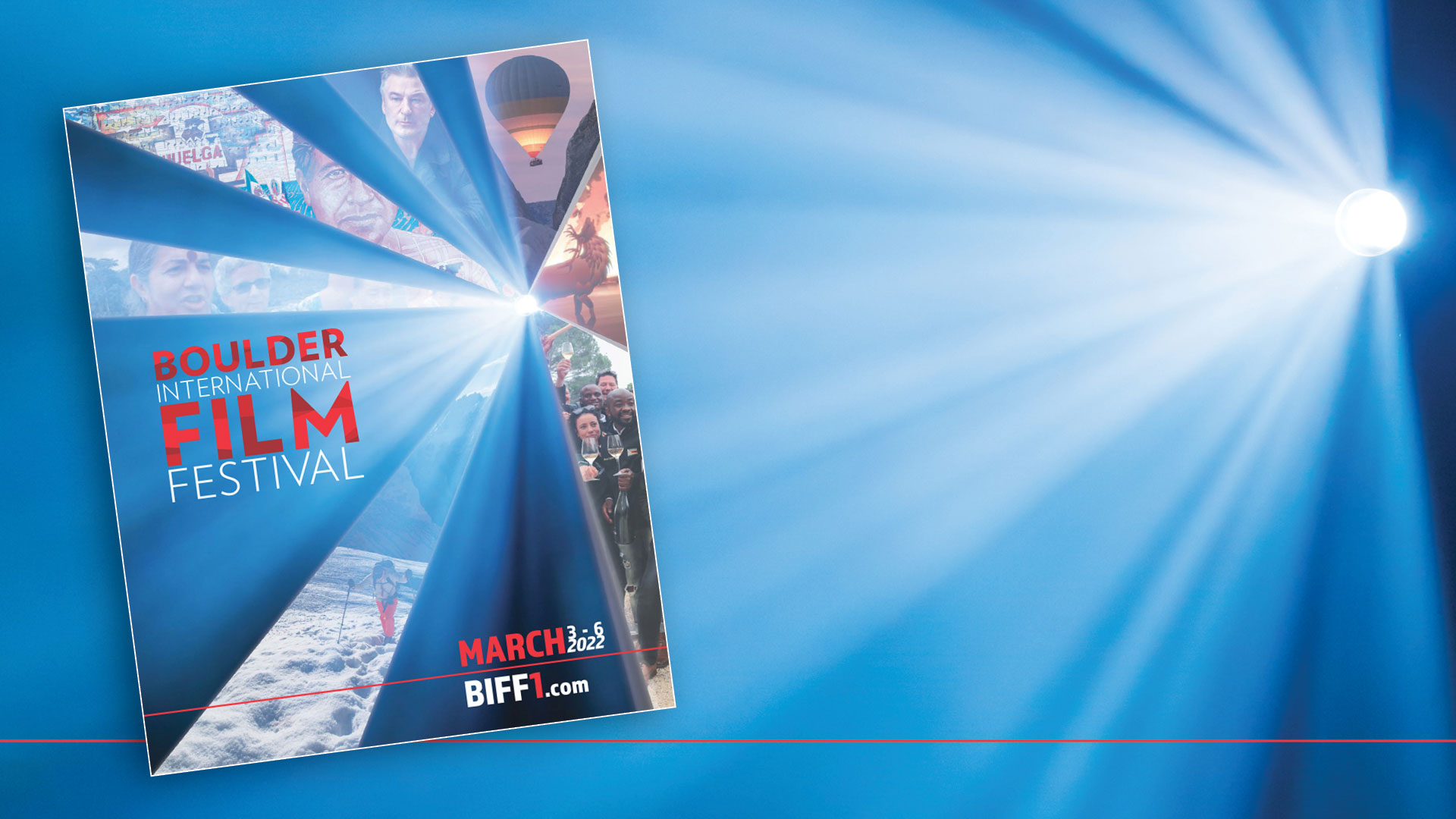 BOULDER, Colo. – (February 11, 2022) The 18th Annual Boulder International Film Festival (BIFF), which will take place Thursday, March 3– Sunday, March 6 in downtown Boulder, is pleased to announce the release of its full program to film fans on Friday, February 11 at noon. Tickets are available at biff1.com. BIFF attendees will be able to choose from 55 films from 18 countries, an Adventure Film Pavilion, and the popular CineCHEF event, featuring delicious food and the annual All-Star Chefs throw down competition. New this year, Alec Baldwin serves as the Festival’s first-ever Special Guest Programmer, and BIFF will present a live podcast celebrity interview conducted by Scott Feinberg from The Hollywood Reporter.

Special Guest Programmer Alec Baldwin: Award-winning actor Alec Baldwin returns to the Boulder International Film Festival as the event’s first ever Special Guest Programmer. Baldwin’s three film selections include Dr. Strangelove or: How I Stopped Worrying and Learned to Love the Bomb; The Most Dangerous Man in America: Daniel Ellsberg and the Pentagon Papers; and Julia, a new documentary about famous chef Julia Child. Film critic and culture writer Lisa Kennedy will conduct a brief interview after each film with Baldwin to discuss why he chose these films and what they mean to him. Tickets for these film screenings go on sale with general program tickets on Feb 11 at biff1.com.

Baldwin will also be interviewed by BIFF Special Event Producer Ron Bostwick on Saturday, March 5, at 6:00 pm at the Boulder Theater. Tickets for “A Conversation with Alec Baldwin” are on sale now at biff1.com. Tickets are $60; free for festival passholders.

LIVE PODCAST with Scott Feinberg from The Hollywood Reporter:

The Hollywood Reporter’s award columnist Scott Feinberg will record a special live episode of his popular Awards Chatter podcast, which features hour-long career-retrospective interviews with Hollywood A-listers. A special in-person celebrity will be revealed before the Festival. Film fans are invited to keep checking biff1.com for the celebrity guest announcement and ticket information.

Opening Night Red Carpet Gala and Film, and Closing Night Film & Awards Ceremony
The biggest party of the Festival is the Opening Night Red Carpet Gala, Friday, March 4, at 5:00 pm at the Hotel Boulderado and Rembrandt Yard Art Gallery & Event Center. The parties will feature delicious food from Pasta Jay’s, Savory Cuisines Catering, and the Auguste Escoffier School of Culinary Arts, wines from Bookcliff Vineyards and Winc Natural Merchants, and local craft beers from Upslope Brewing Company. The Guerrilla Fanfare Brass Band will lead gala attendees and revelers ‘second-line’ style to the Boulder Theater for a screening of The Duke, a British art-heist comedy starring Helen Mirren and Jim Broadbent. The film starts at 7:30 pm. Tickets are $95 and available at biff1.com.

The Festival weekend concludes with a screening of the Colorado premiere of the new film Juniper, starring the incomparable Charlotte Rampling as a feisty, gin-soaked grandmother, and her new-found relationship with her rebellious grandson (George Ferrier). Inside the Boulder Theater, enjoy music by Rabblefish, followed by the BIFF Awards Ceremony, where we’ll honor the best of the fest with handcrafted Vielehr award sculptures prior to the screening of Juniper. Tickets are $25 at biff1.com.

THE BIFF ADVENTURE FILM PAVILION (AFP) – The 2022 Boulder International Film Festival Adventure Film Pavilion (March 4-6) features a suite of the world’s greatest new adventure films, with shorts, features, and discussions with world-class adventurers. The AFP will feature 21 shorts and features and over 15 adventure filmmakers and film subjects at this year’s pavilion.

CINECHEF 2022 – CineCHEF is back and better than ever for 2022! This year’s event, to be held Thursday, March 3rd from 5:30 pm – 7:00 pm, features an “All Star” lineup of past CineCHEF winners and favorites from among Boulder and Denver’s top chefs. For this culinary showdown, the All Stars will use their talents to create film-inspired dishes for attendees to enjoy. Taste the cinema-based masterpieces, while also enjoying music, paired wines, local beers and desserts, all at the beautiful Rembrandt Yard Art Gallery & Event Center. $100 per ticket. Attendees are invited to purchase the Amuse Bouche Preview ticket for $150 to enter 30 minutes early (5:00 pm), enjoy a welcome glass of Pizzolato Fields Prosecco, and receive a special gift. Included in the price of both tickets is a screening of Blind Ambition about four Zimbabwean refugees who have conquered the odds to become South Africa’s top sommeliers. (CineCHEF is not included in Festival Pass.)

Beyond food, film, and fun, the Festival is proud to showcase free youth screenings and the 10th Anniversary Singer-Songwriter Showcase at The Spotted James, featuring fan favorites from the past nine years, including Otis Taylor and Rebecca Folsom. These events are FREE and open to the public throughout the weekend’s festivities.

About the Boulder International Film Festival The Boulder International Film Festival (BIFF) brings films and filmmakers from around the world to Boulder, Colorado, for a four-day celebration of the art of cinema. BIFF attracts more than 20,000 film enthusiasts, media and industry members annually and takes place from March 3-6, 2022. For tickets and more information, go to biff1.com. Follow BIFF on Facebook, Twitter, and Instagram.