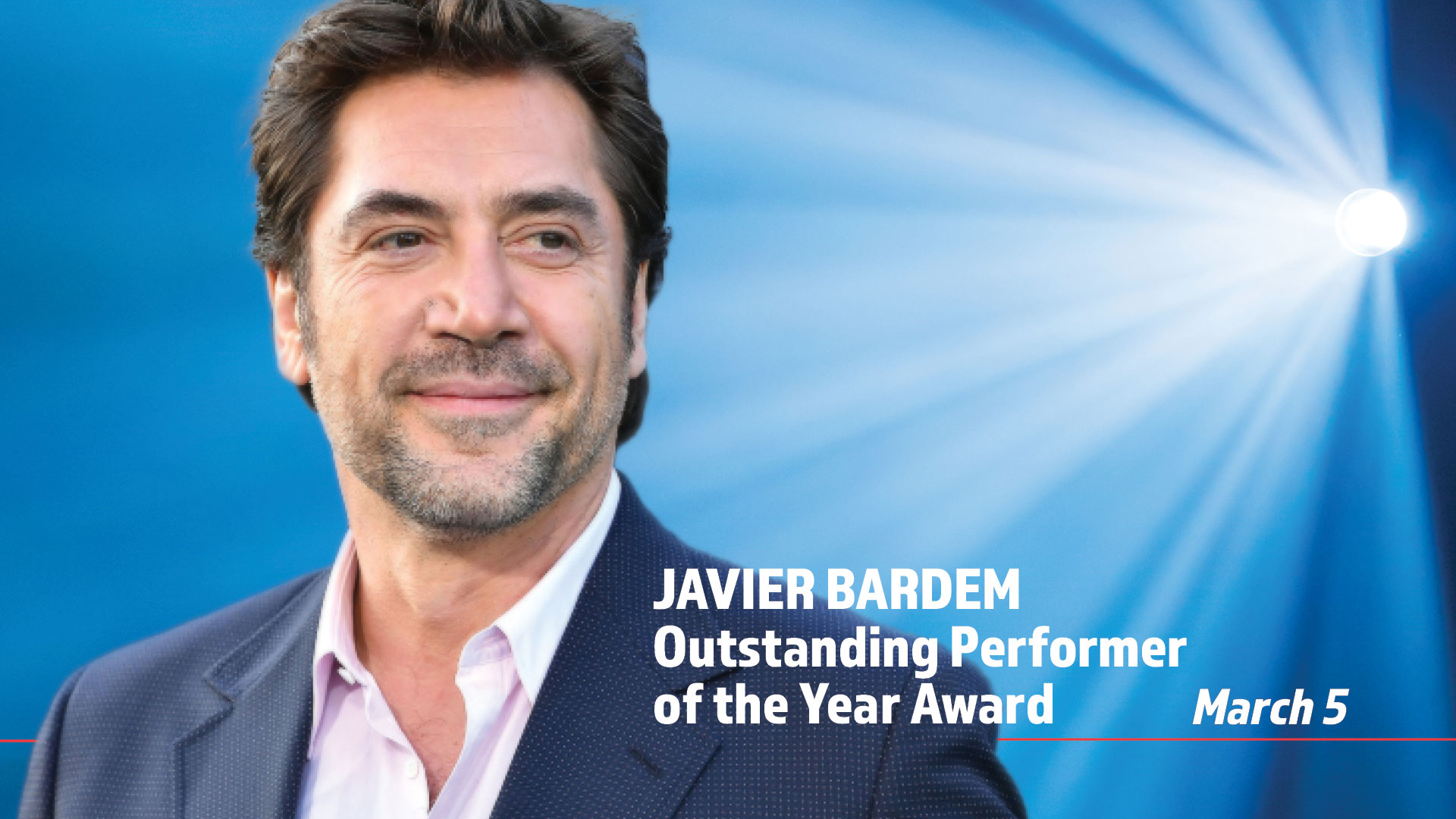 2022 Academy Award-Nominated Actor Javier Bardem to be Honored with the Boulder International Film Festival’s “Outstanding Performer of the Year” Award on Saturday, March 5

BOULDER, Colo. (February 14, 2022) – The Boulder International Film Festival is proud to announce a celebrity appearance by 2022 Academy Award®-Nominated Actor Javier Bardem on Saturday, March 5. Bardem will receive the Festival’s “Outstanding Performer of the Year” award for his role as entertainer and entrepreneur Desi Arnaz in Being the Ricardos, for which he was nominated for “Best Actor” by both the Academy and the Screen Actors’ Guild.

Bardem is the recipient of an Academy Award, a British Academy Film Award, a Screen Actors Guild Award and a Golden Globe Award, all for his performance as Anton Chigurh in the Coen Brothers modern western film No Country for Old Men (2007). He has been nominated for three other Academy Awards, including Julian Schnabel‘s Before Night Falls (2000), Alejandro González Iñárritu‘s Biutiful (2010), and Aaron Sorkin‘s Being the Ricardos (2021). Other credits include: The Good Boss, Spain’s official submission for the 2022 Academy Awards; Everybody Knows and Loving Pablo, starring opposite his wife Penelope Cruz;, Mother! opposite Jennifer Lawrence; and Pirates of the Caribbean: Dead Men Tell No Tales. Bardem can also be seen in Denis Villeneuve’s epic science-fiction film Dune, which earned ten 2022 Academy Award nominations.

“We are thrilled to be honoring Javier Bardem at the Festival this year,” said Kathy Beeck, BIFF’s Festival Director and co-founder. “He is by far one of the most talented and versatile actors of our time, and we look forward to celebrating his diverse career and award-winning performance in Being the Ricardos at BIFF.” Tickets go on sale Tuesday, February 15, at noon for $35 and may be purchased at www.biff1.com.  Free for passholders.

The full program and tickets are on sale at biff1.com.

About the Boulder International Film Festival The Boulder International Film Festival (BIFF) brings films and filmmakers from around the world to Boulder, Colorado, for a four-day celebration of the art of cinema. BIFF attracts more than 20,000 film enthusiasts, media and industry members annually and takes place March 3-6, 2022. For tickets and more information, go to biff1.com. Follow BIFF on Facebook, Twitter, and Instagram.