“How Much the Same Things Are” – An Alec Baldwin Interview 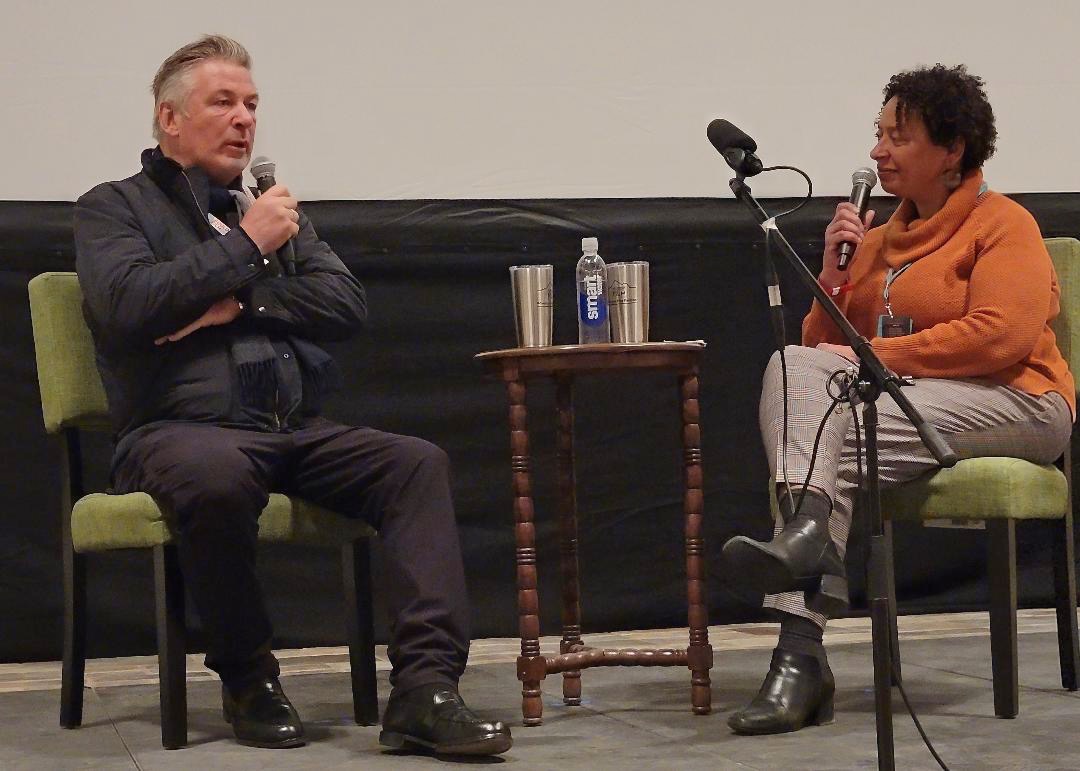 “How Much the Same Things Are”

The Most Dangerous Man in America: Daniel Ellsberg and the Pentagon Papers

“The psychic, equity-to-debt conversion of the soul of the country.”

That’s how Special Guest Programmer Alec Baldwin grounded yesterday’s conversation at Boulder’s Grace Commons Church, and the sobering, succinctly-philosophical tone with which he spoke about the film, Judith Ehrlich and Rick Goldsmith’s The Most Dangerous Man in America: Daniel Ellberg and the Pentagon Papers, was truly at home in the likewise sobering space, a vaulted, chasmic and dark-wooded, two-level chappel, where the film was screened only minutes before.

Held in fleeting, cinematic haven within those cathedral walls – as shafts of stained-glass soaked, softly-pasteled light trickled the grey day outside into our interior world, a world thrown back into the social and political tumults of the 1960s, and cast each head in the audience in a hazy halo – were the eyes and minds of a transfixed congregation; as scenes of irreconcilable brutality, violence, and corruption passed along the screen above us, the sense of presence that the stark contradictions in subject and space made plain introduced a rare energy into the room, an energy of real unity within a filmic world of silence and of gunfire and of love and of loss.

The film follows the eye-opening and immensely moving travails of one Daniel Ellsberg, a U.S. military analyst turned anti-Vietnam, radical activist and, eventually, depending on who you ask, public pariah or American hero following the publication of his some 7,000 page, hand-copied, with the help of his three children, section of the infamous Pentagon Papers and the eventual, highly publicized trial that came of their release in the summer of ‘71. The film, which pays evident, careful and considerate thought and cinematic treatment to the legacy of the man himself as well as the legacies of his wife, Patricia Marx, and those both inside and outside, for and against, his mission, paints a picture of political activism that could be no more prescient and pertinent and no more essential and energizing to our conversation as Americans and as political agents than it is today in 2022.

Baldwin didn’t hesitate to use his position as a BIFF programmer, as a speaker, and as a film lover, to discuss just these very sentiments, explaining to the audience that the film “never left him” and that it “teaches you about that time in [….]  history,” a time that, again, presents many parallels to our current world, as well or better than most other films could and can; there existed a tremendous sense of fear at this time in history, said Baldwin, and, in choosing this film for our BIFF audience, Baldwin was also encouraging a conversation about many of those things that we wish would be left unsaid, unthough, pushed to the recesses of our mind out of that self same fear of which he spoke, and un-conversed. There is a soul to the film Baldwin chose, and there was a soul in the room that Friday at 3pm as we all sat in our pews, stunned, saddened, and spellbound, and watched.

As the film drew to a close, the notion of cyclicality, of the unchanging nature of human history, the “How much the same things are” sensibility, was undeniable. But, more undeniable yet was the hope the film imbued in the hearts, minds, and souls of all in attendance.

A Spot for Superb Cocktails, Singer/Songwriters, and Jams