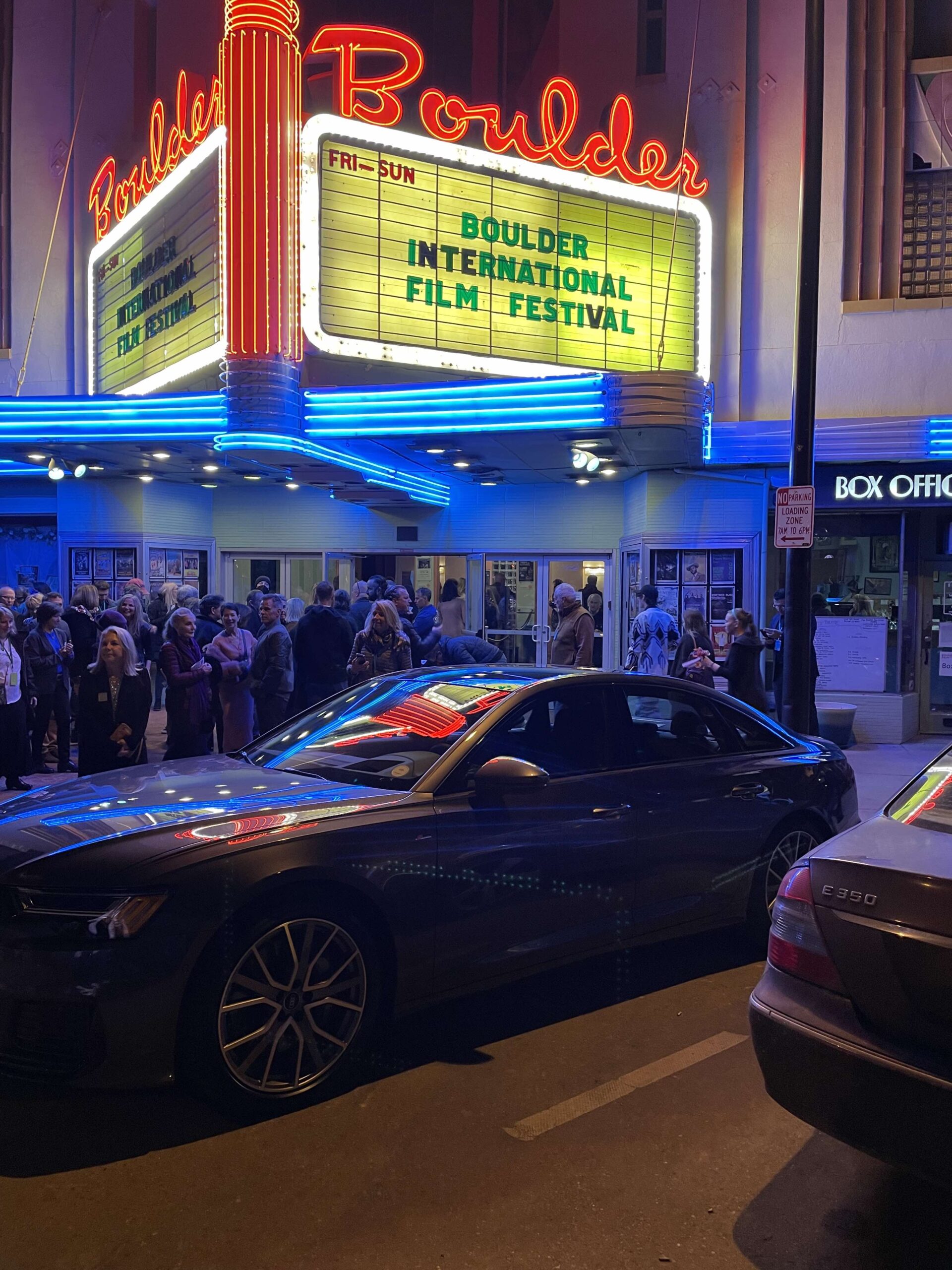 A Community Celebration in Honor of BIFF’s

Opening Night at the Rembrandt Yard

Taking a sweeping look out Rembrandt Yard’s two-level, wall-to-wall windows, at the view of Boulder outside, is a veritable buffet of the very best of Downtown; from the ribbon of blue, cloudless sky at eyeline to the meeting at the middle of our beloved shops – The Hotel Boulderado’s ageless, architectural charm and The Bohemian Biergarten’s outdoor lights to your right, the Boulder Theatre’s marquee to your left, and a glimpse of Pearl Street and BIFF’s Box Office straight down the middle – it’s as picturesque a view and as open-air an indoor venue as you can get in an outdoor town. Coincidentally, BIFF’s Opening Night Party featured a buffet, a catered soiree from the very best restaurants – The Auguste Escoffier School of Culinary Arts, Pasta Jay’s, and Savory Cuisines Catering – of Boulder, as well, and this buffett was as much a feast for the stomach as it was a feast for the eyes.

As attendees – filmmakers, producers, and lovers all – milled around, the happy faces, the bountiful plates, with risotto balls, fusilli upon spaghetti upon ravioli, and beautifully baked breads and aperitifs, and the paintings, sculptures, and interior decor of the Rembrandt all merged in cinematic celebration to make one unforgettable, smorgasbord for the senses. And the cherry on top? Yes, the dessert was incredible, if that’s what you were thinking, and it didn’t last long, but the live music, first from a Jazz duo and later, as we all congregated on the street and walked to the Boulder Theater, from the Guerilla Fanfare Brass Band, was a truly special and especially “Boulder” experience for each and every Opening Night partier.

As the band played, and posed as they played for a photo-op for fans, we all walked, danced, skipped, clapped, and sang our way over to the Theater. When “When the Saints Go Marching in,” a BIFF singalong classic in the Opening Night walk catalog, started playing, and we were all standing in a semicircle around the band, gazing up at the lights, down at the glimmering Audis, a wonderful sponsor for the festival, and out at the immense Boulder night sky, we knew it was time, truly time, for the festival to begin.

The band took their bows, we all took our seats, and the night’s feature film, The Duke, took center stage. It was, in joyous and jovial BIFF fashion, a testament to the local talents that make Boulder what it is and make this festival the long-awaited event it always, annually, is as well.

Thank you one and all!

“How Much the Same Things Are” - An Alec Baldwin Interview