Welcome Back, Boulder! Summer of Soul (…Or, When the Revolution Could Not Be Televised) - Boulder International Film Festival

Welcome Back, Boulder! Summer of Soul (…Or, When the Revolution Could Not Be Televised) 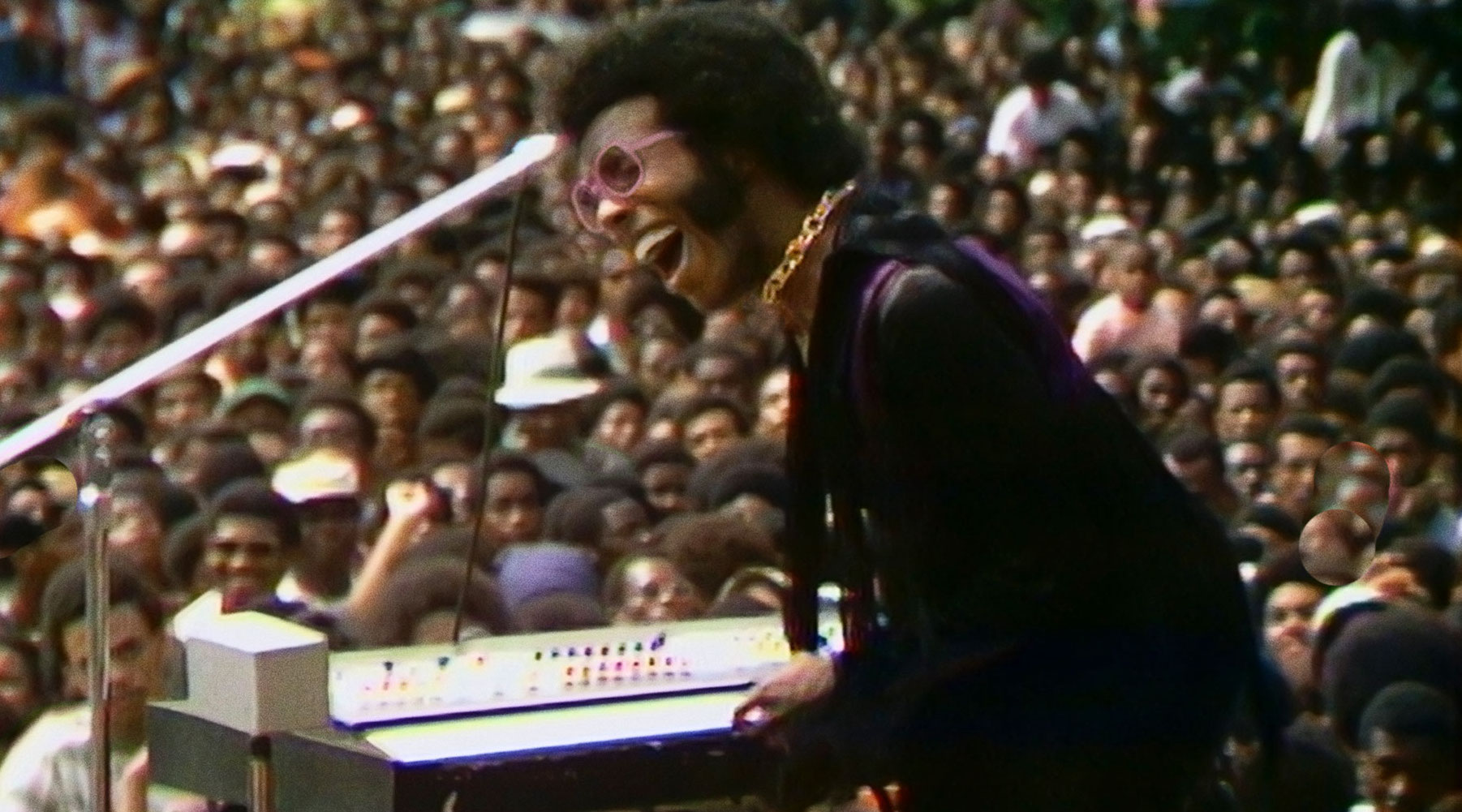 Welcome Back, Boulder! Summer of Soul (…Or, When the Revolution Could Not Be Televised) and Green Carpet Gala, CineCHEF, Award-Winning Filmmakers Including a New Film from Louie Psihoyos, and a Free Community Fair Kick Off the Festivities for the 17th Annual Boulder International Film Festival: June 24-27, 2021

BOULDER, CO (Friday, June 4, 2021) – The 17th Annual Boulder International Film Festival (BIFF) is pleased to announce the release of its entire program, which will take place Thursday, June 24 – Sunday, June 27, at the beautiful Chautauqua Auditorium and other venues around Boulder. BIFF attendees will have plenty to choose from, including 40 films from 10 countries, an Outdoor Cinema near downtown Boulder, delicious food at the always fun and lively CineCHEF foodie favorite, and the inaugural BIFF at Home Virtual Cinema.

The theme of this year’s festival is Welcome Back: A Celebration of Community, and a celebration is what is in store at the BIFF Community Fair on Saturday, June 26th, Noon – 6:00 pm, on the Chautauqua Green.  Nine musicians will perform at BIFF’s 9th Annual Singer-Songwriter Showcase, 20 arts & cultural organizations and other non-profits will be on hand to share upcoming performances and activities, plus beer, wine, and food will be available for purchase. The Community Fair is free and open to everyone.

BIFF 2021 will welcome more filmmakers to Boulder than ever before, including Academy Award-winning filmmaker Morgan Neville (Troubadours, Won’t You Be My Neighbor?, 20 Feet from Stardom), who will receive BIFF’s first-ever Career Achievement Award in Documentary Filmmaking, and screen his brand-new film, Roadrunner: A Film About Anthony Bourdain.

On Thursday, June 24, at 5:30 pm, the festival kicks off at the Rayback Collective with Boulder and Denver’s best chefs in this culinary festival favorite, using their talents to create film-inspired dishes of their choosing for attendees to enjoy. Taste the star chefs’ cinema-based masterpieces while enjoying music, wine, and beer, indoors and out at the beautiful Rayback Collective. Wines by Francis Ford Coppola Winery, local beers, and Spiked Snowmelt hard seltzers from Upslope Brewing and featuring music by Miguel Espinoza Flamenco Fusion will round out the evening.

On Friday, June 25, at 5:30 pm, celebrate with the Opening Night Green Carpet Gala on Chautauqua Green, outside the auditorium. Pasta Jay’s, Red F Catering and Provisions, and Savory Cuisines will provide a selection of tasty bites to enjoy alongside wines from Francis Ford Coppola Winery, plus local beers, and Spiked Snowmelt hard seltzers from Upslope Brewing, followed by the Boulder premiere of Summer of Soul (…or, When the Revolution Could Not Be Televised), directed by Ahmir “Questlove” Thompson.

SUMMER OF SOUL (…OR, WHEN THE REVOLUTION COULD NOT BE TELEVISED)

Over the course of six weeks in the summer of 1969, just 100 miles south of Woodstock, The Harlem Cultural Festival was filmed in Mount Morris Park (now Marcus Garvey Park). The footage was never seen and largely forgotten—until now. Summer of Soul shines a light on the importance of history to our spiritual well-being and stands as a testament to the healing power of music during times of unrest, both past, and present. The feature includes never-before-seen concert performances by Stevie Wonder, Nina Simone, Sly & the Family Stone, Gladys Knight & the Pips, The Staples Singers, Mahalia Jackson, B.B. King, The 5th Dimension, and more. Directed by Ahmir ‘Questlove” Thompson. There are two screenings on Opening Night: a film-only screening at 4:00 pm – $35, and a 7:30 pm screening including the Green Carpet Gala at 5:30 pm – $95. Go to biff1.com for tickets.

From Academy Award-winning director and BIFF alumnus Louie Psihoyos (The Cove, Racing Extinction), Mission: Joy is a documentary with unprecedented access to the unlikely friendship of two international icons who transcend religion: His Holiness the Dalai Lama and Archbishop Tutu. With genuine affection, mutual respect, and a healthy dose of teasing, these unlikely friends impart lessons gleaned from lived experience, ancient traditions, and the latest cutting-edge science about how to live with joy in the face of all of life’s challenges—from the extraordinary to the mundane. Louie Psihoyos in-person. Live local music, and the “Best of the Fest” Awards Ceremony precedes the screening. Tickets are $35 at biff1.com.

BIFF is proud to host a free community screening of Us Kids, an award-winning documentary from Director Kim Snyder about the Parkland students who campaigned so passionately and effectively after a mass shooting at their school. In addition, one of the survivors and activists, Samantha Fuentes, will be on-hand, along with Kim Snyder, Boulder Mayor Sam Weaver, U.S. Congressman Joe Neguse, educator and community activist Tim Hernandez, and others for a “Listen In” and discussion about ways to prevent gun violence in the future. There will also be live music by H. Warkall and post-film music by Daniel Rodriquez, founding member of Elephant Revival. Tickets are free for the community at biff1.com/uskidsregister.

ROADRUNNER: A FILM ABOUT ANTHONY BOURDAIN

A documentary about the uncommon life of the late storyteller, explorer, and chef, Anthony Bourdain, who exploded onto the scene in 2000 with the publication of his restaurant memoir Kitchen Confidential. From there was an unstoppable rise to episodic fame, first with No Reservations, followed by Parts Unknown. Bourdain’s passion for food, travel and culture tapped into a deeper humanity that resonated with viewers who felt that they knew him. And to those who did know him, “Tony” was an uncommonly sensitive and insightful soul whose friendship left a lasting impact. Morgan Neville in-person.

This film offers a unique take on the Petty legacy, diving deep into a condensed period of creativity and freedom for the legendary rock star. Capturing the period of 1993–95 during which Petty created his seminal and most emotionally raw album Wildflowers, this unvarnished look at the singer, songwriter and musician features never-before-seen footage drawn from a newly discovered archive of 16mm film.

As political tensions reached a critical tipping point in 1989, acclaimed polar explorer Will Steger led an international team of six scientists and explorers on the first coast-to-coast traverse of Antarctica. This treacherous seven-month journey spanned the continent via a 3,741-mile route through violent storms, unrelenting sub-freezing temperatures, and over deadly hidden crevasses. Now, 30 years later, Steger heads out on the ice once again, this time to the polar opposite end of the earth, and brings awareness to the imminent changes occurring in the polar regions of our planet. After Antarctica is about a legendary expedition unlike any other—not only were Steger and his team of renegade explorers the first to complete this historic feat, they were also the last. Directed by Tasha Van Zandt, produced by Lisa Remington, Amanda Spain, Tasha Van Zandt, and Sebastian Zeck. Tasha Van Zandt, Sebastian Zeck, and Will Steger in-person.

The entire festival program is available online, and all festival tickets and passes are on sale at www.biff1.com.

About the Boulder International Film Festival

The Boulder International Film Festival (BIFF) brings films and filmmakers from around the world to Boulder, Colorado, for a four-day celebration of the art of cinema. BIFF attracts more than 25,000 film enthusiasts, media, and industry members. Follow BIFF on Facebook, Twitter, and Instagram. BIFF 2022 is March 3-6.

ALL ABOUT THE COMMUNITY FAIR ON JUNE 26TH

FILMS, PARTIES, AND MUSIC… OH MY!