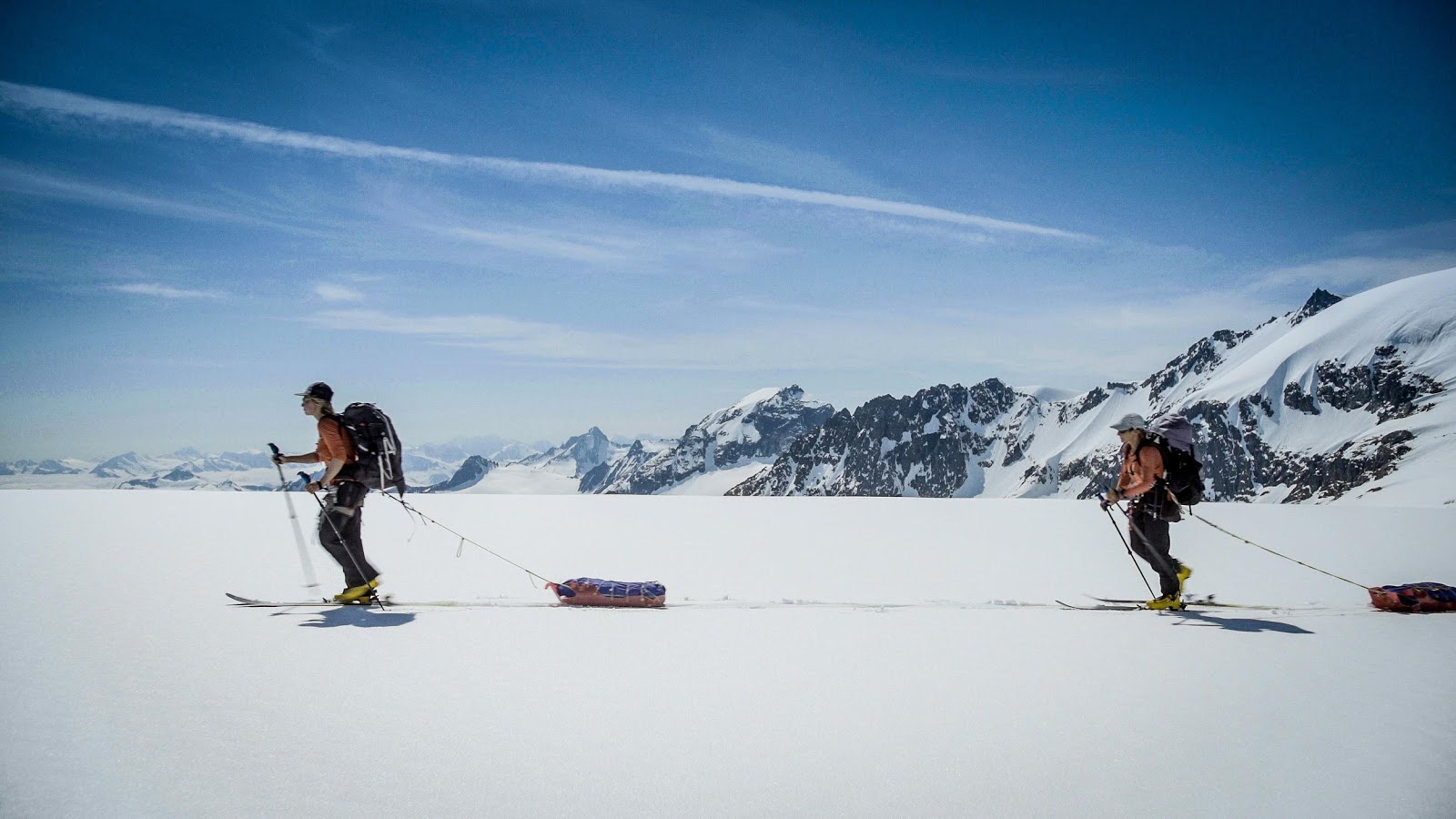 Friday night the Boulder International Film Festival (BIFF) screened the Boulder premiere of the documentary This Mountain Life, directed by Grant Baldwin and produced by Jenny Rustemeyer. The concept instantly captured the interest of festival-goers, resulting in a sold out show and a packed house at the First Presbyterian Church.

This Mountain Life follows the lives of people whose lives revolve around the universal awe that mountainous landscapes evoke. Like Martina and her 60-year-old mother Tania, who embark on a six-month, 2,300-kilometer backpack/ski trip from British Columbia to Alaska through a relentless mountain wilderness. Some nights are so cold that they have to spoon their cameras so the batteries don’t freeze. And there are others who share this passion: a group of nuns inhabiting a mountain retreat to be closer to God; a photographer who is buried in an avalanche; an impassioned alpinist; a talented snow artist; and a couple who has been living off-grid for nearly 50 years.

As the audience embarked on the film’s 77 minute journey, the energy in the air was palpable. The audience was captivated and hanging onto every word. The film seemed to make everyone feel emotions together; everyone seemed to feel relief together, to panic together and to laugh together.

One particular story featured in the film of an alpinist inspired by a book he read as a child stood out. It was as if the film and the childrens book both had something in common: both awakened the desire that all people have inside to live out the adventurous dreams you had when you were younger. After watching the film, audience members left speaking of planning short backpacking trips, or even trying skiing for the first time. This Mountain Life truly inspired people to live out their most adventurous dreams.

Following the movie screening, director Grant Baldwin and producer Jenny Rustemeyer took the stage for a Q&A with the audience. The pair revealed that the film was made almost entirely by themselves. Baldwin and Rustemeyer were hands-on in the filmmaking process, joining Martina and Tania on multiple parts of their journey to capture footage as well as using drones and helicopters to get desired shots. Baldwin and Rustemeyer’s This Mountain Life truly is an experience due to the love, care and dedication of this two person production team as well as the unique stories shared by the mountain-lovers that were featured.

For more information on This Mountain Life visit the film’s website here!